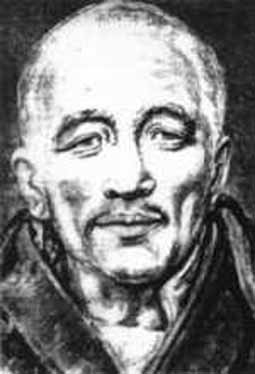 The Master Djwhal Khul, or the Master D. K. as He is frequently called, is another adept on the second Ray of Love-Wisdom. He is the latest of the adepts taking initiation, having taken the fifth initiation in 1875, and is therefore occupying the same body in which He took the initiation, most of the other Masters having taken the fifth initiation whilst occupying earlier vehicles. His body is not a young one, and He is a Tibetan. He is very devoted to the Master K. H. and occupies a little house not far distant from the larger one of the Master, and from His willingness to serve and to do anything that has to be done, He has been called "the Messenger of the Masters." He is profoundly learned, and knows more about the rays and planetary Hierarchies of the solar system than anyone else in the ranks of the Masters. He works with those who heal, and co-operates unknown and unseen with the seekers after truth in the world's great laboratories, with all who definitely aim at the healing and solacing of the world, and with the great philanthropic world movements such as the Red Cross. He occupies Himself with various pupils of different Masters who can profit by His instruction, and within the last ten years has relieved both the Master M. and the Master K. H. of a good deal of Their teaching work, taking over from Them for certain stated times some of Their pupils and disciples. He works largely, too, with certain groups of the devas of the ethers, who are the healing devas, and who thus collaborate with Him in the work of healing some of the physical ills of humanity. He it was Who dictated a large part of that momentous book The Secret Doctrine, and Who showed to H. P. Blavatsky many of the pictures, and gave her much of the data that is to be found in that book.