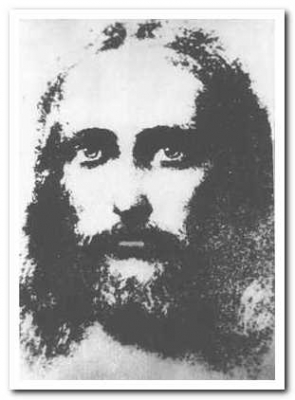 The Master Jesus, Who is the focal point of the energy that flows through the various Christian churches, is at present living in a Syrian body, and dwells in a certain part of the Holy Land. He travels much and passes considerable time in various parts of Europe. He works specially with masses more than with individuals, though He has gathered around Him quite a numerous body of pupils. He is upon the sixth Ray of Devotion, or Abstract Idealism, and His pupils are frequently distinguished by that fanaticism and devotion which manifested in earlier Christian times amongst the martyrs. He Himself is rather a martial figure, a disciplinarian, and a man of iron rule and will. He is tall and spare with rather a long thin face, black hair, pale complexion and piercing blue eyes. His work at this time is exceedingly responsible, for to Him is given the problem of steering the thought of the occident out of its present state of unrest into the peaceful waters of certitude and knowledge, and of preparing the way in Europe and America for the eventual coming of the World Teacher. He is well known in the Bible history, coming before us first as Joshua the Son of Nun, appearing again in the time of Ezra as Jeshua, taking the third initiation, as related in the book of Zechariah, as Joshua, and in the Gospel story He is known for two great sacrifices, that in which He handed over His body for the use of the Christ, and for the great renunciation which is the characteristic of the fourth initiation. As Appollonius of Tyana, He took the fifth initiation and became a Master of the Wisdom. From that time on He has stayed and worked with the Christian Church, fostering the germ of true spiritual life which is to be found amongst members of all sects and divisions, and neutralizing as far as possible the mistakes and errors of the churchmen and the theologians. He is distinctively the Great Leader, the General, and the wise Executive, and in Church matters He co-operates closely with the Christ, thus saving Him much and acting as His intermediary wherever possible. No one so wisely knows as He the problems of the West, no one is so closely in touch with the people who stand for all that is best in Christian teachings, and no one is so well aware of the need of the present moment. Certain great prelates of the Anglican and Catholic Churches are wise agents of His.

The Mahommedan faith will be found to be linked to the Christian faith because it embodies the work of the Master Jesus as He overshadowed one of His senior disciples, a very advanced initiate, Mahomet.

"Rays and the Initiations" by Alice A. Bailey (The Tibetan)