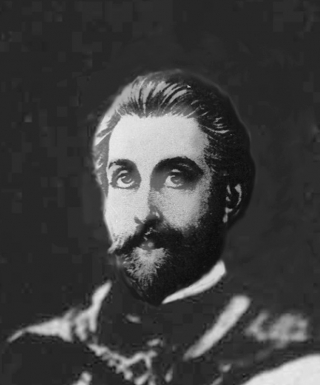 The Master Who concerns Himself especially with the future development of racial affairs in Europe, and with the mental outgrowth in America and Australia, is the Master Rakoczi. He is a Hungarian, and has a home in the Carpathian mountains, and was at one time a well-known figure at the Hungarian Court. Reference to Him can be found in old historical books, and He was particularly before the public eye when he was the Comte de St. Germain, and earlier still when he was both Roger Bacon and later, Francis Bacon. It is interesting to note that as the Master R. takes hold, on the inner planes, of affairs in Europe, His name as Francis Bacon is coming before the public eye in the Bacon-Shakespeare controversy. He is rather a small, spare man, with pointed black beard, and smooth black hair, and does not take as many pupils as do the Masters previously mentioned. He is at present handling the majority of the third ray pupils in the occident in conjunction with the Master Hilarion. The Master R. is upon the seventh Ray, that of Ceremonial Magic or Order, and He works largely through esoteric ritual and ceremonial, being vitally interested in the effects, hitherto unrecognized, of the ceremonial of the Freemasons, of the various fraternities and of the Churches everywhere. He is called in the Lodge, usually, "the Count," and in America and Europe acts practically as the general manager for the carrying out of the plans of the executive council of the Lodge. Certain of the Masters form around the three great Lords an inner group, and meet in council with great frequency.