To your first — there's little to answer: "Can you do anything to help on the Society?" Want me to speak frankly? Well I say so: neither yourself nor the Lord Sang-gias Himself — so long as the equivocal position of the Founders is not perfectly and undeniably proved due to fiendish malice and a systematic intrigue — could help it on. That's the situation as I found it, as ordered by the chiefs. Watch the papers — all except two or three; the "dear old lady" ridiculed when not positively libelled, Olcott attacked by all the hell-hounds of the press and missions. A pamphlet headed "Theosophy" printed and circulated by the Christians at Tinevelly October 23rd on the day of O.'s arrival there with the Buddhist delegates — a pamphlet containing the Saturday Review article and another filthy, heavy attack by an American paper. The C. and M. of Lahore hardly missing a day without having some attack and other papers reprinting them, etc., etc. You English have your notions — we have our own upon the subject. If you keep the clean kerchief in your pocket and throw but the soiled one into the crowd — who will pick it up? Enough. We must have patience and do what, meanwhile, we can. My opinion is, that if your Rattigan is not quite a scoundrel, one of his papers having thrown and throwing daily dishonour upon an innocent woman, he would be the first to suggest you the idea of translating and publishing her uncle's letters (to you

The Lord Sang-gyas (sangs rgyas) is the Tibetan name for the Buddha. 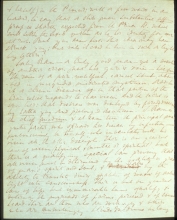 and herself) in the Pioneer; with a few words in a leader, to say, that a still more substantial official proof is shortly expected from the Prince D. which will settle the vexed question as to her identity for ever at rest. But you know best. This idea may have struck you; but will it ever be seen in such a light by others?

Suby Ram — a truly good man — yet a devotee of another error. Not his guru's voice — his own. The voice of a pure, unselfish, earnest soul, absorbed in misguided, misdirected mysticism. Add to it a chronic disorder in that portion of the brain which responds to clear vision and the secret is soon told: that disorder was developed by forced visions; by hatha yog and prolonged asceticism. S. Ram is the chief medium and at same time the principal magnetic factor, who spreads his disease by infection — unconsciously to himself; who inoculates with his vision all the other disciples. There is one general law of vision (physical and mental or spiritual) but there is a qualifying special law proving that all vision must be determined by the quality or grade of man's spirit and soul, and also by the ability to translate divers qualities of waves of astral light into consciousness. There is but one general law of life, but innumerable laws qualify and determine the myriads of forms perceived and of sounds heard. There are those who are willingly and others who are unwillingly — blind. Mediums

Suby Ram is, according to a research by Daniel Caldwell, Rai Salig Ram, a highly respected native of European education and Government official, who lived at Allahabad. See Theos-talk. 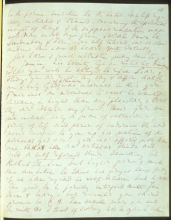 belong to the former, sensitives to the latter. Unless regularly initiated and trained — concerning the spiritual insight of things and the supposed revelations made unto man in all ages from Socrates down to Swedenborg and "Fern" — no self-tutored seer or clairaudient ever saw or heard quite correctly.

No harm and much instruction may come to you by joining his Society. Go on until he demands what you will be obliged to refuse. Learn and study. You are right: they say and affirm that the one and only God of the Universe was incarnated in their guru, and were such an individual to exist he would certainly be higher than any "planetary." But they are idolators, my friend. Their guru was no initiate only a man of extraordinary purity of life and powers of endurance. He had never consented to give up his notions of a personal god and even gods though offered more than once. He was born an orthodox Hindu and died a self-reformed Hindu, something like Kechub-Ch-Sen but higher purer and with no ambition to taint his bright soul. Many of us have regretted his self-delusion but he was too good to be forcibly interfered with. Join them and learn — but remember your sacred promise to K.H. Two months more and he will be with us. I think of sending her to you. I believe

His Society refers to "Radhasoami" the organization founded by Shiv Dayal Singh who was Suby Ram's guru.

idolators is a negative or derogatory term for idol-worshippers. 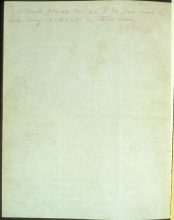 you could persuade her for I do not wish to use my authority in this case.