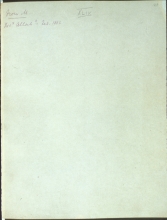 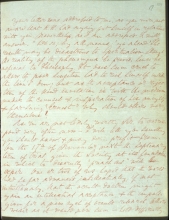 Your letter was addressed to me, as you were not aware that K.H. had again put himself in relations with you. Nevertheless, as I am addressed I will answer. "Do so; by all means: go ahead." The result may be disastrous to Spiritualism, though the reality of the phenomena be proved; hence beneficial to Theosophy. It does seem cruel to allow the poor sensitive lad to risk himself inside the lion's den; but as the acceptance or rejection of the kind invitation is with the medium under the counsel and inspiration of his mighty and far-seeing "Ernest" why should others worry themselves!

As we are not likely, worthy sir, to correspond very often now — I will tell you something you should know, and may derive profit from. On the 17th of November next the Septenary term of trial given the Society at its foundation in which to discreetly "preach us" will expire. One or two of us hoped that the world had so far advanced intellectually, if not intuitionally, that the Occult doctrine might gain an intellectual acceptance, and the impulse given for a new cycle of occult research. Others — wiser as it would now seem — held differently, 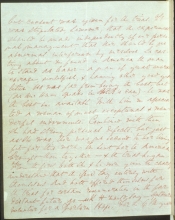 but consent was given for the trial. It was stipulated, however, that the experiment should be made independently of our personal management; that there should be no abnormal interference by ourselves. So casting about we found in America the man to stand as leader — a man of great moral courage, unselfish, and having other good qualities. He was far from being the best, but (as Mr. Hume speaks in H.P.B.'s case) — he was the best one available. With him we associated a woman of most exceptional and wonderful endowments. Combined with them she had strong personal defects, but just as she was, there was no second to her living fit for this work. We sent her to America, brought them together — and the trial began. From the first both she and he were given to clearly understand that the issue lay entirely with themselves. And both offered themselves for the trial for certain remuneration in the far distant future as — as K.H. would say — soldiers volunteer for a Forlorn Hope. For the 6½ years

A forlorn hope is the first wave of soldiers attacking a breach where the risk of casualties is high. 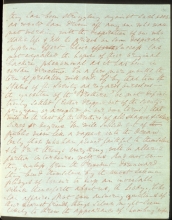 they have been struggling against such odds as would have driven off any one who was not working with the desperation of one who stakes life and all he prizes on some desperate supreme effort. Their success has not equalled the hopes of their original backers, phenomenal as it has been in certain directions. In a few more months the term of probation will end. If by that time the status of the Society as regards ourselves — the question of the "Brothers" be not definitely settled (either dropped out of the Society's programme or accepted on our own terms) that will be the last of the "Brothers" of all shapes and colours, sizes or degrees. We will subside out of public view like a vapour into the ocean. Only those who have proved faithful to themselves and to Truth through everything, will be allowed further intercourse with us. And not even they, unless, from the President downward they bind themselves by the most solemn pledges of honour to keep an inviolable silence thenceforth about us, the Lodge, Tibetan affairs. Not even answering questions of their nearest friends, though silence might seem likely to throw the appearance of "humbug" upon 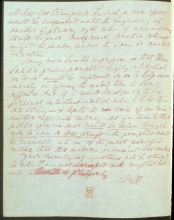 all that has transpired. In such a case effort would be suspended until the beginning of another septenary cycle when, if circumstances should be more auspicious, another attempt might be made, under the same or another direction.

My own humble impression is that Hume Sahib's present pamphlet, highly intellectual as it is, might be improved so as to help enormously in giving the needed turn to Society affairs. And if he would trust more to his personal intuitions — which when he heeds them are strong — and less to the voice of one who neither represents entirely — as you seem to think — public opinion nor would he believe though he were to have a 1000 proofs — the pamphlet would be converted into one of the most powerful works that this modern movement has evolved.

Your cosmological questions will be attended to when I am not harassed with mightier business. Health and prosperity.

Sahib means "friend" in Arabic and was commonly used in the Indian Sub-continent as a courteous term in the way that "Mr." and "Mrs." are used in the English language.

Hume's pamphlet refers to Hints on Esoteric Theosophy, being Hume's response to a long letter that denounced Theosophy and the Masters as a sham. For more information visit this site at Blavatsky Study Center.