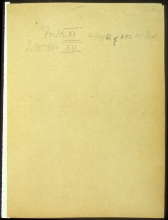 The dating of this letter and, therefore, its place in the chronological sequence, has been contended. 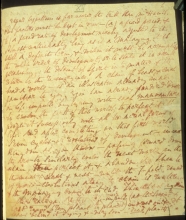 Your hypothesis is far nearer the truth than Mr. Hume's. Two factors must be kept in view — (a) a fixed period, and (b) a fixed rate of development nicely adjusted to it. Almost unthinkably long as is a Mahayug, it is still a definite term, and within it must be accomplished the whole order of development, or to state it in occult phraseology: the descent of Spirit into matter and its return to the re-emergence. A chain of beads, and each bead a world — is an illustration already made familiar to you. You have already pondered over the life impulse beginning with each Manvantarato evolve the first of these worlds; to perfect it; to people it successively with all the aerial forms of life. And after completing on this first world seven cycles — or revolutions of development — in each kingdom as you know — passing forward down the arc — to similarly evolve the next world in the chain, perfect it, and abandon it. Then to the next and next and next — until the sevenfold round of world-evolutions along the chain is run through and the Mahayug comes to its end. Then chaos again — the Pralaya. As this life-impulse (at the seventh and last round from planet to planet) moves on it leaves behind it dying and — very soon — "dead planets."

Mahayuga in Hinduism is a cycle that lasts for 4,320,000 years. The Master is probably not using the term in this specific way since he is talking about the length of a round, which lasts much longer. 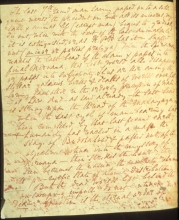 The last seventh round man having passed on to a subsequent world, the precedent one with all its mineral, vegetable and animal life (except man) begins to gradually die out, when with the exit of the last animalcule it is extinguished, or as H.P.B. has it — snuffed out (minor or partial pralaya). When the Spirit-man reaches the last bead of the chain and passes into final Nirvana, this last world also disappears or passes into subjectivity. Thus are there among the stellar galaxies births and deaths of worlds ever following each other in the orderly procession of natural Law. And — as said already — the last bead is strung upon the thread of the "Mahayuga."

When the last cycle of man-bearing has been completed by that last fecund earth; and humanity has reached in a mass the stage of Buddhahoodand passed out of the objective existence into the mystery of Nirvana — then "strikes the hour;" the seen becomes the unseen, the concrete resumes its pre-cyclic state of atomic distribution.

But the dead worlds left behind the on-sweeping impulse do not continue dead. Motion is the eternal order of 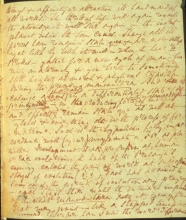 things and affinity or attraction its handmaid of all works. The thrill of life will again re-unite the atoms, and it will stir again in the inert planet when the time comes. Though all its forces have remained statu quo and are now asleep, yet little by little it will — when the hour re-strikes — gather for a new cycle of man-bearing maternity, and give birth to something still higher as moral and physical types than during the preceding manvantara. And its "cosmic atoms already in a differentiated state" (differing — in the producing force, in the mechanical sense, of motions and effects) remain statu quo as well as globes and everything else in the process of formation." Such is the "hypothesis fully in accordance with (your) (my) note." For, as planetary development is as progressive as human or race evolution, the hour of the Pralaya's coming catches the series of worlds at successive stages of evolution; (i.e.) each has attained to some one of the periods of evolutionary progress — each stops there, until the outward impulse of the next manvantara sets it going from that very point — like a stopped time-piece re-wound. Therefore, have I used the word "differentiated." 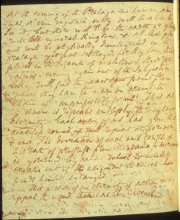 At the coming of the Pralaya no human, animal, or even vegetable entity will be alive to see it, but there will be the earth or globes with their mineral kingdoms; and all these planets will be physically disintegrated in the pralaya, yet not destroyed; for they have their places in the sequence of evolution and their "privations" coming again out of the subjective, they will find the exact point from which they have to move on around the chain of "manifested forms." This, as we know, is repeated endlessly throughout ETERNITY. Each man of us has gone this ceaseless round, and will repeat it for ever and ever. The deviation of each one's course, and his rate of progress from Nirvana to Nirvana is governed by causes which he himself creates out of the exigencies in which he finds himself entangled. 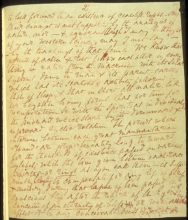 to look forward to an existence of ceaseless repose. But their concept is not supported by the analogies of nature, nor — and ignorant though I may be thought of your Western Science, may I not say? — by the teachings of that Science. We know that periods of action and rest follow each other in everything in nature from the macrocosm with its Solar Systems down to man and its parent-earth, which has its seasons of activity followed by those of sleep; and that in short all nature, like her begotten living forms has her time for recuperation. So with the spiritual individuality, the Monad which starts on its downward and upward cyclic rotation. The periods which intervene between each great manvantarian "round" are proportionately long to reward for the thousands of existences passed on various globes; while the time given between each "race birth" — or |rings as you call them — is sufficiently lengthy to compensate for any life of strife and misery during that lapse of time passed in conscious bliss after the re-birth of the Ego. To conceive of an eternity of bliss or woe, and to offset it to any conceivable deeds of merit or 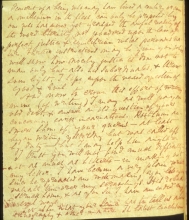 demerit of a being who may have lived a century or even a millenium in the flesh, can only be proposed by one who has never yet grasped the awful reality of the word Eternity, nor pondered upon the law of perfect justice and equilibrium which pervades nature. Further instructions may be given you, which will show how nicely justice is done not to man only but also his subordinates, and throw some light, I hope, upon the vexed question of good and evil.

And now to crown this effort of mine (of writing) I may as well pay an old debt, and answer an old question of yours concerning earth incarnations. Koot'humi answers some of your queries — at least began writing yesterday but was called off by duty — but I may help him anyhow. I trust you will not find much difficulty — not as much as hitherto — in making out my letter. I have become a very plain writer since he reproached me with making you lose your valuable time over my scrawlings. His rebuke struck home, and as you see I have amended my evil ways.

Let us see what your Science has to tell us about Ethnography and other matters. The latest conclusions 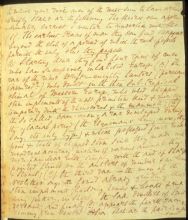 to which your wise men of the West seem to have arrived briefly stated are the following. The theories even approximately correct I venture to underline with blue. [These passages appear in bold type. — ED.]

(1) The earliest traces of man they can find disappear beyond the close of a period of which the rock-fossils furnish the only clue they possess.

(2) Starting thence they find four races of men who have successively inhabited Europe (a) The race of the river Drift — mighty hunters (perchance Nimrod?) who dwelt in the then sub-tropical climate of Western Europe, who used chipped stone implements of the most primitive kind and were contemporary with the rhinoceros and the mammoth; (b) the so-called cave-men, a race developed during the glacial period (the Esquimaux being now, they say, its only type) and which possessed finer weapons and tools of chipped stone since they made with wondrous accuracy pictures of various animals they were familiar with, simply with the aid of sharp pointed flints on the antlers of reindeer and on bones and stones; (c) the third race — the men of the Neolithic age are found already grinding their stone implements, building houses and boats and making pottery, in short — the lake dwellers of Switzerland; and finally (d) appears the fourth race, coming from Central Asia. These are the fair complexioned

Nimrod was, according to the Bible, the king of Shinar. The great-grandson of Noah, he is described as "a mighty one on the earth" and "a mighty hunter before God". In the First Book of Chronicles the "Land of Nimrod" is used as a synonym for Assyria.

Esquimaux is an alternate spelling of Eskimos; Inuit or Yupik indigenous peoples. 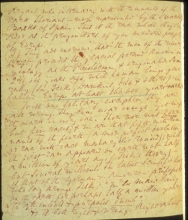 Aryans who intermarry with the remnant of the dark Iberians — now represented by the swarthy Basks of Spain. This is the race which they consider as the progenitors of you modern peoples of Europe.

(3) They add moreover, that the men of the river Drift, preceded the glacial period known in geology as the Pleistocene and originated some 240,000 years ago, while human beings generally (see Geikie, Dawkins, Fiske and others) inhabited Europe at least 100,000 years earlier.

With one solitary exception they are all wrong. They come near enough yet miss the mark in every case. There were not four but five races; and we are that fifth with remnants of the fourth. (A more perfect evolution or race with each mahacyclic round); while the first race appeared on earth not half a million of years ago (Fiske's theory) — but several millions. The latest scientific theory is that of the German and American professors who say through Fiske: "we see man living on the earth for perhaps half a million years to all intents and purposes dumb."

He is both right and wrong. Right about

Basks refers to the Basques.

Geike could refer to James Geikie or his brother Archibald Geikie, who were both Scottish geologists.

William Boyd Dawkins was a British geologist and archaeologist.

John Fiske was an American who popularized European evolution theory in the U.S.A. The quote on this page is found in the article "The Arrival of Man in Europe" published in the May 1882 issue of The Atlantic Monthly, pages 597-609. 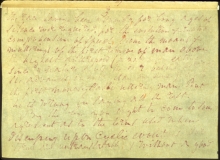 the race having been "dumb," for long ages of silence were required, for the evolution and mutual comprehension of speech, from the moans and mutterings of the first remove of man above the highest anthropoid (a race now extinct since "nature shuts the door behind her" as she advances, in more than one sense) — up to the first monosyllable uttering man. But he is wrong in saying all the rest.

By the bye, you ought to come to some agreement as to the terms used when discussing upon cyclic evolutions. Our terms are untranslateable; and without a good