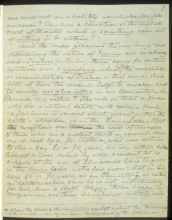 one could call an absolutely non-molecular phenomenon? Can even a sensation or the most abstractive thoughts which is something, come out of nothing, or be nothing?

Now, the causes producing the "new being" and determining the nature of Karma are, as already said — Trishna (or "Tanha") — thirst, desire for sentient existence and Upadana — which is the realization or consummation of Trishna or that desire. And both of these the medium helps to awaken and to develop ne plus ultra in an Elementary, be he a suicide or a victim. (*) The rule is, that a person who dies a natural death, will remain from "a few hours to several short years," within the earth's attraction, i.e., in the Kama-Loka. But exceptions are, in the case of suicides and those who die a violent death in general. Hence, one of such Egos, for instance, who was destined to live — say 80 or 90 years, but who either killed himself or was killed by some accident, let us suppose at the age of 20 — would have to pass in the Kama Loka not "a few years," but in his case 60 or 70 years, as an Elementary, or rather an "earth-walker"; since he is not, unfortunately for him, even a "shell." Happy, thrice happy, in comparison, are those disembodied entities,who

(*) Alone the Shells and the Elementals are left unhurt, though the morality of the sensitives can by no means be improved by the intercourse.

Upādāna is the Sanskrit and Pāli word for "clinging," "attachment" or "grasping".

Ne plus ultra is a French expression meaning the acme or highest point.