Extract from a Statement by the Tibetan 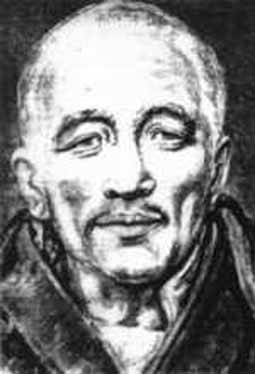 Suffice it to say, that I am a Tibetan disciple of a certain degree, and this tells you but little, for all are disciples from the humblest aspirant up to, and beyond, the Christ Himself. I live in a physical body like other men, on the borders of Tibet, and at times (from the exoteric standpoint) preside over a large group of Tibetan lamas, when my other duties permit. It is this fact that has caused it to be reported that I am an abbot of this particular lamasery. Those associated with me in the work of the Hierarchy (and all true disciples are associated in this work) know me by still another name and office. A.A.B. knows who I am and recognises me by two of my names.

I am a brother of yours, who has travelled a little longer upon the Path than has the average student, and has therefore incurred greater responsibilities. I am one who has wrestled and fought his way into a greater measure of light than has the aspirant who will read this article, and I must therefore act as a transmitter of the light, no matter what the cost. I am not an old man, as age counts among the teachers, yet I am not young or inexperienced. My work is to teach and spread the knowledge of the Ageless Wisdom wherever I can find a response, and I have been doing this for many years. I seek also to help the Master M. and the Master K.H. whenever opportunity offers, for I have been long connected with Them and with Their work. In all the above, I have told you much; yet at the same time I have told you nothing which would lead you to offer me that blind obedience and the foolish devotion which the emotional aspirant offers to the Guru and Master Whom he is as yet unable to contact. Nor will he make that desired contact until he has transmuted emotional devotion into unselfish service to humanity, not to the Master.

The books that I have written are sent out with no claim for their acceptance. They may, or may not, be correct, true and useful. It is for you to ascertain their truth by right practice and by the exercise of the intuition. Neither I nor A.A.B. is the least interested in having them acclaimed as inspired writings, or in having anyone speak of them (with bated breath) as being the work of one of the Masters. If they present truth in such a way that it follows sequentially upon that already offered in the world teachings, if the information given raises the aspiration and the will-to-serve from the plane of the emotions to that of the mind (the plane whereon the Masters can be found) then they will have served their purpose. If the teaching conveyed calls forth a response from the illumined mind of the worker in the world, and brings a flashing forth of his intuition, then let that teaching be accepted. But not otherwise. If the statements meet with eventual corroboration, or are deemed true under the test of the Law of Correspondences, then that is well and good. But should this not be so, let not the student accept what is said.

Extract from a Statement by the Tibetan