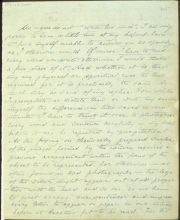 No — you do not "write too much." I am only sorry to have so little time at my disposal; hence — to find myself unable to answer you as speedily as I otherwise would. Of course I have to read every word you write: otherwise I would make a fine mess of it. And whether it be through my physical or spiritual eyes the time required for it is practically the same. As much may be said of my replies. For, whether I "precipitate" or dictate them or write my answers myself, the difference in time saved is very minute. I have to think it over, to photograph every word and sentence carefully in my brain before it can be repeated by "precipitation." As the fixing on chemically prepared surfaces of the images formed by the camera requires a previous arrangement within the focus of the object to be represented, for otherwise — as often found in bad photographs — the legs of the sitter might appear out of all proportion with the head, and so on, so we have to first arrange our sentences and impress every letter to appear on paper in our minds before it becomes fit to be read. For the 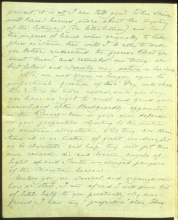 present, it is all I can tell you. When science will have learned more about the mystery of the lithophyl (or lithobiblion) and how the impress of leaves comes originally to take place on stones, then will I be able to make you better understand the process. But you must know and remember one thing: we but follow and servilely copy nature in her works.

No; we need argue no longer upon the unfortunate question of a "Day with Mad. B." It is the more useless, since you say, you have no right to crush and grind your uncivil and often blackguardly opponents in the "Pioneer" — even in your own defence — your proprietors objecting to the mention of occultism altogether. As they are Christians it is no matter of great wonder. Let us be charitable and hope they will get their own reward: die and become angels of right and Truth — winged paupers of the Christians heaven.

Unless you join several, and organize somehow or other, I am afraid I will prove but of little help for you practically. My dear friend, I have my "proprietors" also.

In Webster's 1828 English Dictionary the word lithophyl is defined as: "Bibliolite or lithobiblion, fossil leaves, or the figures of leaves on fossils."

"A Day with Madame Blavatsky" is an article written by H. S. Olcott about the Simla phenomena, which caused much trouble. For more information see Letter No. 5. 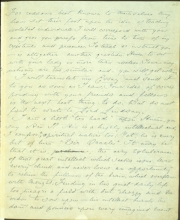 For reasons best known to themselves they have set their foot upon the idea of teaching isolated individuals. I will correspond with you and give you proofs from time to time of my existence and presence. To teach or instruct you — is altogether another question. Hence to sit with your lady is more than useless. Your magnetisms are too similar and — you will get nothing.

I will translate my Essay and send it to you as soon as I can. Your idea of corresponding with your friends and fellows is the next best thing to do. But do not fail to write to Lord Lindsay.

I am a little "too hard" upon Hume, you say. Am I? His is a highly intellectual and, I confess, a spiritual nature too. Yet, he is every bit of him "Sir Oracle." It may be that it is the very exuberance of that great intellect which seeks issue through every chink, and never loses an opportunity to relieve the fulness of the brain, which overflows with thought. Finding in his quiet daily life too meagre a field with but "Moggy" and Davison to sow upon — his intellect bursts the dam and pounces upon every imagined event,

"To sit with your lady" may be referring to a method of psychic development. At the time, Spiritualist trained their mediums through circles in which people would "sit for development."

"Moggy" refers to Hume’s wife, who was his personal secretary. 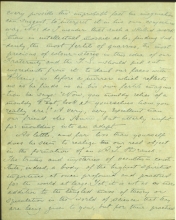 every possible though improbable fact his imagination can suggest, to interpret it in his own conjectural way. Nor do I wonder that such a skilled workman in intellectual mosaic as he, finding suddenly, the most fertile of quarries, the most precious of colour-stores in this idea of our Fraternityand the T.S. — should pick out ingredients from it to daub our faces with. Placing us before a mirror which reflects us as he finds us in his own fertile imagination he says: "Now, you mouldy relics of a mouldy Past, look at yourselves how you really are!" A very, very excellent man our friend Mr. Hume, but utterly unfit for moulding into an adept.

As little, and far less than yourself does he seem to realize our real object in the formation of an A.I. Branch. The truths and mysteries of occultismconstitute, indeed, a body of the highest spiritual importance, at once profound and practical for the world at large. Yet, it is not as a mere addition to the tangled mass of theory or speculation in the world of science that they are being given to you, but for their practical 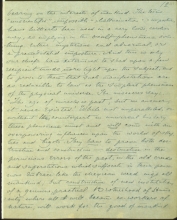 bearing on the interests of mankind. The terms "unscientific," "impossible," "hallucination," "impostor," have hitherto been used in a very loose, careless way, as implying in the occult phenomena something either mysterious and abnormal, or a premeditated imposture. And this is why our chiefs have determined to shed upon a few recipient minds more light upon the subject, and to prove to them that such manifestations are as reducible to law as the simplest phenomena of the physical universe. The wiseacres say: "The age of miracles is past," but we answer, "it never existed!" While not unparalleled, or without their counterpart in universal history, these phenomena must and WILL come with an overpowering influence upon the world of sceptics and bigots. They have to prove both destructive and constructive — destructive in the pernicious errors of the past, in the old creeds and superstitions which suffocate in their poisonous embrace like the Mexican weed nigh all mankind; but constructive of new institutions of a genuine, practical Brotherhood of Humanity where all will become co-workers of nature, will work for the good of mankind

"Mexican weed" may refer to cannabis, though in India it was known under other traditional names. It could also refer to the "Jimson weed" (Datura stramonium), a powerful hallucinogen and deliriant of Mexican origin that is fatally toxic in only slightly higher amounts than the medicinal dosage. 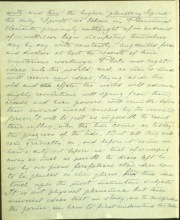 with and through the higher planetary Spirits — the only "Spirits" we believe in. Phenomenal elements, previously unthought of — undreamt of — will soon begin manifesting themselves day by day with constantly augmented force, and disclose at last the secrets of their mysterious workings. Plato was right: ideas rule the world; and, as men's minds will receive new ideas, laying aside the old and effete, the world will advance: mighty revolutions will spring from them; creeds and even powers will crumble before their onward march crushed by the irresistible force. It will be just as impossible to resist their influx, when the time comes, as to stay the progress of the tide. But all this will come gradually on, and before it comes we have a duty set before us; that of sweeping away as much as possible the dross left to us by our pious forefathers. New ideas have to be planted on clean places, for these ideas touch upon the most momentous subjects. It is not physical phenomena but these universal ideas that we study, as to comprehend the former, we have to first understand the latter.

"Plato was right". What follows omits several passages of the Master’s original letter due to the inexperience of the chelaprecipitating the letter, and other factors (see Mahatma Letter No. 117). This letter will give rise to the "Kiddle Incident". 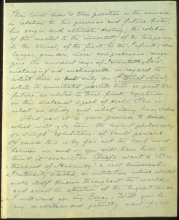 They touch man's true position in the universe, in relation to his previous and future births; his origin and ultimate destiny; the relation of the mortal to the immortal; of the temporary to the eternal; of the finite to the infinite; ideas larger, grander, more comprehensive, recognising the universal reign of Immutable Law, unchanging and unchangeable in regard to which there is only an ETERNAL Now, while to uninitiated mortals time is past or future as related to their finite existence on this material speck of dirt. This is what we study and what many have solved.

And now it is your province to decide which will you have: the highest philosophy or simple exhibitions of occult powers. Of course this is by far not the last word between us and — you will have time to think it over. The Chiefs want a "Brotherhood of Humanity," a real Universal Fraternitystarted; an institution which would make itself known throughout the world and arrest the attention of the highest minds. I will send you my Essay. Will you be my co-worker and patiently wait for minor phenomena? I think I foresee the answer. At all events the holy lamp of spiritual light burning in you (however dimly) there is hope for you, and — for me, also. Yes; put yourself in search after natives if there are no English people to be had. But think you, the spirit and power of persecution gone from this enlightened age? Time will prove. Meanwhile, being human I have to rest. I took no sleep for over 60 hours.