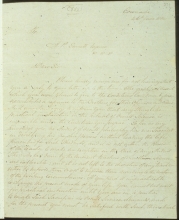 Please kindly excuse me for not having sent you a reply to your letter up to this time. The qualified assent which you were pleased to give to the conditions laid down by me necessitated a reference to the Brothers for their opinion and orders. And now I am sorry to inform you that anything like practical instruction in the ritual of Occult Science is impossible under the conditions you propose. So far as my knowledge goes, no student of Occult Philosophy has ever succeeded in developing his psychic powers without leading the life prescribed for such students; and it is not within the power of the teacher to make an exception in the case of any student. The rules laid down by the ancient teachers of Occult Science are inflexible; and it is not left to the discretion of any teacher either to enforce them or not to enforce them according to the nature of the existing circumstances. If you find it impracticable to change the present mode of your life, you cannot but wait for practical instruction until you are in a position to make such sacrifices as Occult Science demands; and for the present you must be satisfied with such theoretical 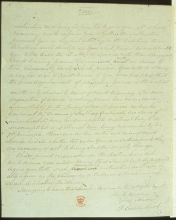 instruction as it may be possible to give you.

It is hardly necessary now to inform you whether the instruction promised you in my first letter under the conditions therein laid down would develop in you such powers as would enable you either to see the Brothers or converse with them clairvoyantly. Occult training, however commenced will in course of time, necessarily develop such powers. You will be taking a very low view of Occult Science if you were to suppose that the mere acquirement of psychic powers is the highest and the only desirable result of occult training. The mere acquisition of wonder-working powers can never secure immortality for the student of Occult Science unless he has learnt the means of shifting gradually his sense of individuality from his corruptible material body to the incorruptible and eternal Non-Being represented by his seventh principle. Please consider this as the real aim of Occult Science and see whether the rules you are called upon to obey are necessary or not to bring about this mighty change.

Under the present circumstances, the Brothers have asked me to assure you and Mr. Hume that I would be fully prepared to give you both such theoretical instruction as I may be able to give in the Philosophy of the Ancient Brahminical religion and Esoteric Buddhism.

I am going to leave this place for Madras on the 30th of this month.

I beg to remain your sincerely,