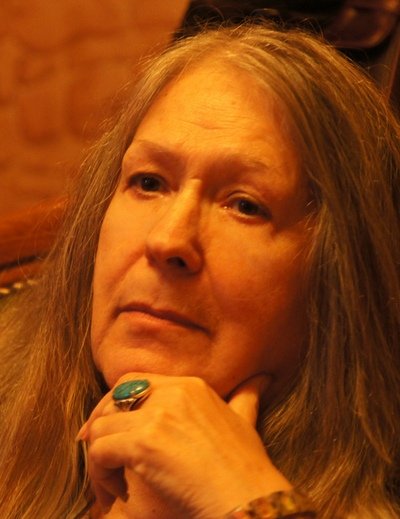 Lyudmila Reznik was born in Sverdlovsk, USSR, in July 1942. Her father, Yakov Reznik, was a Soviet prose writer, documentarian, and journalist. His most famous book is the documentary tale "The creation of tank armour" from which the film "The chief designer" was made in 1980 (the film is dedicated to Mikhail Koshkin, the designer of the T-34 tank).

Lyudmila Reznik graduated from the Ural State University and completed postgraduate courses for scriptwriters and film directors at The All-Russian State Institute of Cinematography. She was a regular contributor to The Literary Newspaper and to The Young Communist magazine. At that time, she was delivering lectures on esotericism in Moscow and forming groups amongst the intelligentsia. She has been leading initiatory (esoteric) groups as a spiritual teacher since the middle 1970s.

Her work is based on the principles of the Universal Teaching, two first stages of which were given through H. P. Blavatsky and Alice A. Bailey. The beginning of the third stage (titled "The Revelation"), that was foretold by the Tibetan Master Djwhal Khul in Alice Bailey's books, was planned for 1975. Lyudmila Reznik is continuing and developing The Ageless Wisdom teachings in her work. Her approach is based on meditation, energy levels diagnosis, interpretation of witnesses and spiritual sources such as icons, the Holy Scriptures and the myths of peoples of the world. All of this is done within the framework of the esoteric group, partaking in an initiatory mystery.