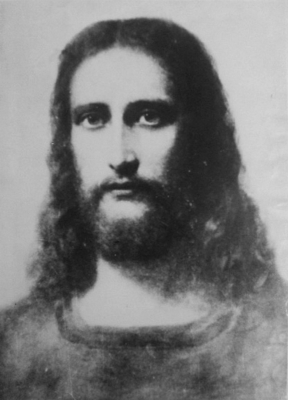 Group two has the World Teacher for its presiding Head. He is that Great Being Whom the Christian calls the Christ; He is known also in the Orient as the Bodhisattva, and as the Lord Maitreya, and is the One looked for by the devout Mohammedan, under the name of the Iman Mahdi. He it is Who has presided over the destinies of life since about 600 B.C. and He it is Who has come out among men before, and Who is again looked for. He is the great Lord of Love and of Compassion, just as his predecessor, the Buddha, was the Lord of Wisdom. Through Him flows the energy of the second aspect, reaching Him direct from the heart centre of the Planetary Logos via the heart of Sanat Kumara. He works by means of a meditation centred within the heart. He is the World Teacher, the Master of the Masters, and the Instructor of the Angels, and to Him is committed the guidance of the spiritual destinies of men, and the development of the realisation within each human being that he is a child of God and a son of the Most High.

Just as the Manu is occupied with the providing of the type and forms through which consciousness can evolve and gather experience, thus making existence in its deepest sense possible, so the World Teacher directs that indwelling consciousness in its life or spirit aspect, seeking to energise it within the form so that, in due course of time, that form can be discarded and the liberated spirit return whence it came. Ever since He left the earth, as related with approximate accuracy in the Bible story (though with much error in detail) has He stayed with the sons of men; never has He really gone, but only in appearance, and in a physical body He can be found by those who know the way, dwelling in the Himalayas, and working in close co-operation with His two great Brothers, the Manu and the Mahachohan. Daily He pours out His blessing on the world, and daily He stands under the great pine in His garden at the sunset hour with hands uplifted in blessing over all those who truly and earnestly seek to aspire. To Him all seekers are known, and, though they may remain unaware of Him, the light which He pours forth stimulates their desire, fosters the spark of struggling life and spurs on the aspirant until the momentous day dawns when they stand face to face with the One Who by being "lifted up" (occultly understood) is drawing all men unto Himself as the Initiator of the sacred mysteries.