You know that the Christ works as the Savior, and the Buddha is the Preserver. That means that They take dominion over the sacral and the kundalini. They are working together now through the Soviet egregor. They come to spiritualize those natures which we call "life". It’s most important. It means that a man has no right to possess the land as his private property, in the sense that he is not energetically capable to spiritualize such density. Only he who has spiritualized the matter has the right to possess it. Only by becoming the Christ can one say that the involutionary essence of the Earth has no more power over the initiate. Remember when the Buddha rejected the claims of Mara,12* he touched the earth and said: "Let earth be my witness!" And then Mara was defeated.

We can say that at that moment the Buddha "took dominion over the earth." And when an ordinary person considers the land to be his personal property, and moreover regards it as of his paramount importance, he becomes just a manifestation of Mara, who considered the Buddha's body as his own property          up to a certain time. If I in a group consciousness serve highly to the collective and the world, then the land I work on will yield a harvest, and that will be not the speculation of land and not the possession of latifundia for the sake of receiving earthly goods, but an honest work on the land, because you love the group and implement the service. In the monastery the monks also cultivated the land, but nobody dared to think of it as their personal property. They prayed for the immortal soul, for the acquisition of the Holy Spirit. They always remembered what the Christ had said: "Lay not up for yourselves treasures upon earth, where moth and rust doth corrupt, and where thieves break through and steal. But lay up for yourselves treasures in heaven, where neither moth nor rust doth corrupt, and where thieves do not break through nor steal. For where your treasure is, there will your heart be also. (Matthew 6:19)

I’ve recently remembered my friend of youth Marita. We studied together in the VGIK. Later she was a Komsomol coordinator at the building of the Aleksandrovskoye-Anzhero-Sudzhensk pipeline, she worked as a journalist for a youth newspaper, and wrote about the self-sacrificing work of young people in students’ voluntary construction teams. For that, she was awarded by the Order of the Badge of Honor handed to her by Suslov. Then, many years later, I came to visit her in Latvia, in her village. At first, she proudly showed me her cellar with supplies of pickles, smoked products and other foodstuffs, and then, when we went out into the yard, Marita suddenly pointed to the nearest trees and said with the same pride as she spoke of ham: "This is my forest!" At first, I thought she was joking. After all, it was the same Marita, who in the boundless taiga used to inspire brigades and communes of students for the labor achievements. She listened to their singing by the fire:

"To live by kilometers,
But not by square meters,
Cold, rain, midges, heat
are not such a trifle.
To get tired of fatigue,
But not of one’s own old age,
And to miss those who remained home.
Instead of missing oneself."

But, unfortunately, Marita spoke quite seriously about her "own" forest. And I did not want to believe that her Soviet Spirit was plunged into a "European", narrow-minded, acquisitive squalor.

In any case, private property will not be implanted in our country. Another story is what do we need to do for this? Our people have to be provided with an exoterically proven orientation towards immortality. So that every Russian person would know that he lives in Eternity. Then the life and psychological stability will be given to him not by private property, but by the Soul. If he is now reassured by the scientific and the experimental approach to this problem of "life and death", he will work quite differently both on land, and in the group, and in the collective. He will also meditate in a new way.

If we now go back - to private property - it will be nonsense! On the contrary, we need to go ahead to communism, but at the same time to explain its purpose from the point of view of the subtle material reality of our own consciousness. Then people will fulfill all these Soviet rules and conditions, relying on an understanding of what they exist for! We know that the Ashram laws have been established for the development of consciousness. Those rules were introduced in our country too, but they did not say what concretely they were for.

But you’ll see, our people won’t be able to turn to the wrong path. Now many have received the first initiation. It is the birth of the Christ in the heart, and as Djwhal Khul said: "The result of His work in the Triangle with the masses of men will be the presentation of the first initiation—the Birth of the Christ in the cave of the Heart—as the basic ceremony in the new world religion. By means of this ceremony, the masses of men in all lands will be enabled to register consciously the "birth of the Christ" in the heart, and the "being born again" to which He Himself referred (John III.3) when here on Earth before. This new birth is what esotericists mean when they speak of the first initiation. It will not, in the future, be the experience of the occasional disciple but the general experience of countless thousands towards the close of the Aquarian Age” (A.A. Bailey "The Reappearance of the Christ").

You remember there are icons of the Birth of Christ where the infant Christ lies directly on the ground (instead of the manger), and Joseph, the husband of Mary, is depicted in a red robe. This Father in red and Christ, lying on the ground - this is the abolition of private ownership of land (in the Soviet egregor). Do you remember that before the revolution the icon "The Reigning (or “The Enthroned”) Mother of God" was obtained? The Mother of God is depicted sitting on a throne in a scarlet robe with the boy Christ in her arms very similar to little Lenin depicted on a star-badge of Little Octobrists. Then the phenomenon of this icon was accepted as a witness that now the Heavenly Queen Herself would lead "red" Russia.

Throughout the history of the world, no country, not at any time, has ever abolished private property. That is, "the Christ was never born on bare land". But this time they extended the Ring to the kundalini, to the densest substance, where only moneylenders, robbers and murderers live.

Of course, some minimal elements of private property can be left, but in the psychological sphere there should be freedom from it. But if we again put the dollar on the kundalini, then it's not the matter of whether we’ll have a developed economy or not, the matter is: who will we become then? The Soviet Union was planned not for this purpose. And now, look, all the people somehow do not welcome the emergence of cooperatives anyway. People do not accept them, they just hate them as alien. They see that for us it is against the law. In our country, the Christ "was already born on the land", and we will not want anything else. Freedom from private property is too pleasant and precious to refuse it so easily.123 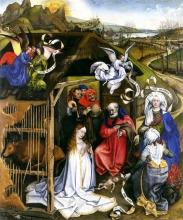 Our Lady Derzhavnaya (the original) 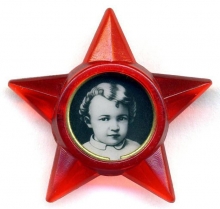