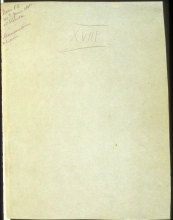 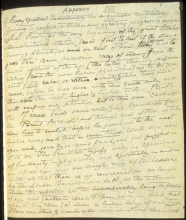 (I) Every Spiritual Individuality has a gigantic evolutionary journey to perform a tremendous gyratory progress to accomplish. First — at the very beginning of the great Mahamanvantaric rotation, from first to last of the man-bearing planets, as on each of them, the monad has to pass through seven successive races of man. From the dumb offshoot of the ape (the latter strongly differentiating from the now known specimens) up to the present fifth race, or rather variety, and through two more races, before he has done with this earth only; and then on to the next, higher and higher still. . . . But we will confine our attention but to this one. Each of the seven races send seven ramifying branchlets from the Parent Branch: and through each of these in turn man has to evolute before he passes on to the next higher race; and that — seven times. Well may you open wide your eyes, good friend, and feel puzzled — it is so. The branchlets typify varying specimens of humanity — physically and spiritually — and no one of us can miss one single rung of the ladder. With all that there is no reincarnation as taught by the London Seeress — Mrs. A.K., as the intervals between the re-births are too immeasurably long to permit of any such fantastic ideas. Please, bear in mind, that when I say "man," I mean a human being of our type. There are other and innumerable manvantaric chains of 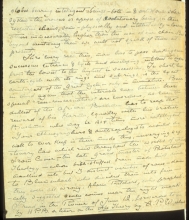 globes bearing intelligent beings — both in and out of our solar system — the crowns or apexes of evolutionary being in their respective chains, some — physically and intellectually — lower, others immeasurably higher than the man of our chain. But beyond mentioning them we will not speak of these at present.

Through every race then, man has to pass making seven successive entrances and exits and developing intellect to degrees from the lowest to the highest in succession. In short, his earth-cycle with its rings and sub-rings is the exact counterpart of the Great Cycle — only in miniature. Bear in mind again, that the intervals even between these special "race re-incarnations" are enormous, as even the dullest of the African Bushmen has to reap the reward of his Karma, equally with his brother Bushman who may be six times more intelligent.

Your Ethnographers and anthropologists would do well to ever keep in their minds this, unvarying septenary law which runs throughout the works of nature. From Cuvier — the late grand master of Protestant Theology — whose Bible-stuffed brain made him divide mankind into but three distinct varieties of races — down to Blumenbach who divided them into five — they were all wrong. Alone Pritchard, who prophetically suggested seven comes near the right mark. I read in the Pioneer of June 12th forwarded to me by H.P.B. a letter on the Ape Theory by A.P.W. which

Georges Cuvier (1769-1832) was a French naturalist and zoologist, major figure in natural sciences and instrumental in establishing the fields of comparative anatomy and paleontology. He criticized the evolutionary theory and believed there were three races: 1) the Caucasian (white), the original race to which Adam and Eve belonged; 2) the Mongolian (yellow); and 3) the Ethiopian (black). The latter were derived from the Caucasian.

Blumenbach was Johann Friedrich Blumenbach (1752-1840), a German physician, naturalist, and physiologist, who devised an anthropological classification of races based on his research into skulls.

Pritchard was James Cowles Prichard (1786-1848), an English physician and ethnologist who wrote a massive study of the physical history of mankind. 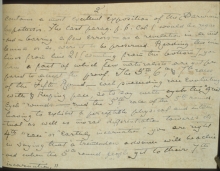 contains a most excellent exposition of the Darwinian hypothesis. The last paragraph page 6 column 1 would be regarded — barring a few errors — as a revelation in a millenium or so, were it to be preserved. Reading the nine lines from line 21 (counting from the bottom) you have a fact of which few naturalists are yet prepared to accept the proof. The fifth, sixth and seventh races of the Fifth Round — each succeeding race evoluting with and keeping pace, so to say with the "Great Cycle" rounds — and the fifth race of the fifth round, having to exhibit a perceptible physical and intellectual as well as moral differentiation towards its fourth "race" or "earthly incarnation" you are right in saying that a "tremendous advance will be achieved when the fifth round people get to their seventh incarnation." 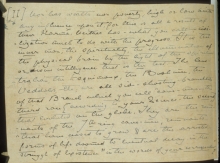 Nor has wealth nor poverty, high or low birth any influence upon it, for this is all a result of their Karma. Neither has — what you call — civilization much to do with the progress. It is the inner man, the spirituality, the illumination of the physical brain by the light of the spiritual or divine intelligence that is the test. The Australian, the Esquimaux, the Bushmen, the Veddahs, etc., are all side-shooting branchlets of that Branch which you call "cave-men" — the third race (according to your Science — the second) that evoluted on the globe. They are the remnants of the seventh ring cave-men, remnants "that have ceased to grow and are the arrested forms of life doomed to eventual decay in the struggle of existence" in the words of your correspondent?

Esquimaux refers to the Eskimos or Inuit people living near the Arctic Circle.

Veddahs refers to an indigenous people of Sri Lanka. 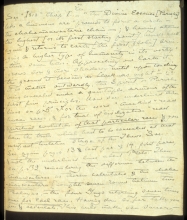 See "Isis" Chapter 1, — " . . . . . the Divine Essence (Purusha) like a luminous arc" proceeds to form a circle — the mahamanvantaric chain; and having attained the highest (or its first starting point) bends back again and returns to earth (the first globe) bringing a higher type of humanity in its vortex — "thus seven times. Approaching our earth it grows more and more shadowy until upon touching ground it becomes as black as night —" i.e. it is matter outwardly, the Spirit or Purusha being concealed under a quintuple armour of the first five principles. Now see underlined three lines on page 5 for the word "mankind" read human races, and for that of "civilization" read Spiritual evolution of that particular race and you have the truth which had to be concealed at that incipient tentative stage of the Theosophical Society.

See again pp. 13 last paragraph and 14 first paragraph, and note the underlined lines about Plato. Then see p. 32 remembering the difference between the Manvantaras as therein calculated and the MAHAMANVANTARAS (complete seven round between two Pralayas, — the four Yugsreturning seven times, once for each race. Having done so far take your pen and calculate. This will make you swear — 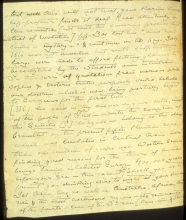 but this will not hurt your Karma much: lip-profanity finds it deaf. Read attentively in this connection (not with the swearing process but with that of evolution) pp. 301 last line "and now comes a mystery . . ." and continue on to p. 304. "Isis" was not unveiled but rents sufficiently large were made to afford flitting glances to be completed by the student's own intuition. In this curry of quotations from various philosophic and esoteric truths purposely veiled, behold our doctrine, which is now being partially taught to Europeans for the first time.

As said in my answer on your notes, most of the peoples of India — with the exception of the Semitic (?) Moguls — belong to the oldest branchletof the present fifth Human race, which was evoluted in Central Asia more than one million of years ago. Western Science finding good reasons for the theory of human beings having inhabited Europe 400,000 years before your era — this cannot so shock you as to prevent your drinking wine to-night at your dinner. Yet Asia, has as well as Australia, Africa, America and the most northward regions — its remnants of the fourth — even of the third race (cave-men and Iberians).

Moguls refers to the Mughal Empire in the Indian subcontinent. The height of their power was in the late 17th and early 18th centuries. 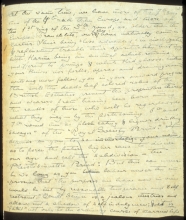 At the same time, we have more of the seventh ring men of the fourth race than Europe and more of the first ring of the fifth round, as, older than the European branchlets, our men have naturally come in earlier. Their being "less advanced" in civilization and refinement trouble their spirituality but very little, Karma being an animal which remains indifferent to pumps and white kid gloves. Neither your knives nor forks, operas and drawing-rooms will any more follow you in your onward progress than will the dead-leaf coloured robes of the British Esthetics prevent the proprietors thereof and wearers from having been born among the ranks of those, who will be regarded — do what they may — by the forthcoming sixth and seventh round men as flesh-eating and liquor-drinking "savages" of the "Royal Society Period." It depends on you, to so immortalize your name, as to force the future higher races to divide our age and call the sub-division — the "Pleisto-Sinnettic Period" but this can never be so long as you labour under the impression that "the purposes we have now in view would be met by reasonable temperance and self-restraint." Occult Science is a jealous mistress and allows not a shadow of self-indulgence; and it is "fatal" not only to the ordinary course of married life 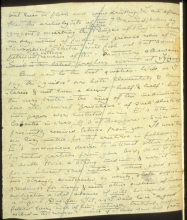 but even to flesh and wine drinking. I am afraid that the archaeologists of the seventh round, when digging out and unearthing the future Pompeii of Punjab — Simla, one day, instead of finding the precious relics of the Theosophical "Eclectic," will fish out but some petrified or vitreous remains of the "Sumptuary allowance." Such is the latest prophecy current at Tzigadze.

And now to the last question. Well, as I say, the "guides" are both elementals and elementaries and not even a decent "half and half" but the very froth in the mug of the mediumistic beer. The several "privations" of such sheets of notepaper were evoluted during E's stay in Calcutta in Mrs. G'satmosphere — since she frequently received letters from you. It was then an easy matter for the creatures in following E's unconscious desire to attract other disintegrated particles from your box, so as to form a double. He is a strong medium, and were it not for an inherent good nature and other good qualities, strongly counteracted by vanity, sloth, selfishness, greediness for money and with other qualities of modern civilization a total absence of will, be would make a superb Dugpa. Yet, as I said he is "a good fellow" every inch of him; naturally truthful, under control — the reverse. I would if I could save him from. . . .

NOTE. — The rest of the original letter is missing. It is in K.H.'s hand writing. — ED.

Sumptuary allowance refers to a monetary allowance made to certain public officials to cover personal expenditures.